Nowadays it seems as though just about every ingredient known to man has been proven to reverse the signs of aging. Either that or it’s been linked to a vast range of diseases. One person tells you to eat plenty of protein, while another person tells you not to. One person tells you kids should drink plenty of milk so they can have healthy teeth and bones, another person tells you milk is bad for you. I sometimes wonder if there is anything at all on the planet which we can safely eat, and of course when you question all these conflicting theories and suggestions, the response is always the same – it’s all about moderation. Well, this got me thinking whether or not the same applies to antiaging systems, and in my quest for answers, I made a few significant discoveries.

First and foremost, I discovered that most companies involved in the manufacture of antiaging systems couldn’t care less about the welfare of those who use their products, let alone whether or not their products actually work. In fact, countless manufacturers are willing to use ingredients which are genuinely bad for you, and harmful for your skin. 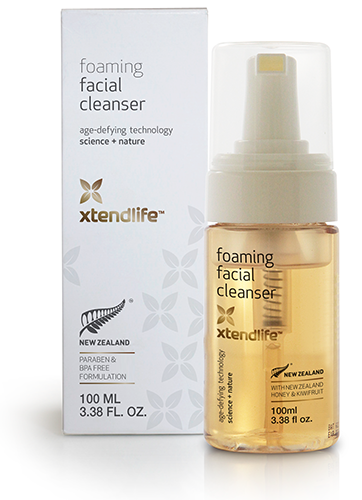 Let’s just say for example, carrot juice could effectively reduce wrinkles. If I were to mix a teaspoon of carrot juice with a liter of petrol, would you still be willing to use this on your face, even though you know the petrol is going to cause severe skin damage? Probably not, and yet millions of consumers around the world continue using antiaging systems which are doing more harm than good.

This is where I made one of my most enlightening discoveries because I was intrigued by the fact that the cosmetics industry, or at least a large percentage of it, has successfully managed to keep the masses in the dark. Actually, their success can be attributed to a very simple yet effective strategy.

Never use the common name of an ingredient on product labels if there’s any reason to believe it could cause concern amongst consumers. Also, only ever discuss or mention the pros of any ingredients used, and never mention the cons. For example, Clarins, which is a big name in skin care, contains an ingredient known as triclosan, and of course its antibacterial properties are highlighted. What isn’t mentioned though, is the fact that triclosan is, from a technical point of view, a very powerful insecticide.

If you look on the labels of many antiaging systems, you’ll also see glycerine listed as one of the ingredients. The problem here is that you get two types of glycerine used in the cosmetics industry – petroleum based and plant based. Now, if expensive antiaging systems were to include, “Gyycerine derived from crude oil” on their labels, the chances are not many people would buy those products, so instead, they simply say the product contains gyycerine.

In this article we’ve only taken a look at two examples, but there are several more similar acts of deceit being carried out extensively by many of the well known high street brands. There are many good antiaging systems out there that have been designed by manufacturers who put the safety of their customers first, and they are not hard to find, providing you’re willing to do a little online research.